admin
Prince Harry and Prince William open up about their late mother Princess Diana, plus Prince William reveals what he thinks she'd be like as a grandmother. "Real Housewives of Orange County" stars Kelly Dodd and Lydia McLaughlin tell all. Former "Bachelorette" Ali Fedotowsky reveals her pick for Rachel Lindsay. NBC's "Midnight, Texas" star François Arnaud talks about the steamy scenes on the new show and more.
Subscribe to People ►►
People NOW brings you daily news updates, interviews and more from the world of celebrities. Join Jeremy Parsons and Andrea Boehlke for an exclusive look at some of the juiciest celebrity gossip, drama, love stories and everything you need to know about today’s who’s who.
Watch the newest celebrity interviews - From Jennifer Lopez to Jennifer Lawrence, Pop Stars to Movie Stars, Bachelors to Real Housewives, we’ve got it all:
Stay on top of all the latest celebrity gossip - Scandals, news, rumors and more:
Celebrity love, romance and relationships - Never miss out on who’s dating who, recent break ups and new hook ups:
Celebrity style, fashion icons, outfit fails and the best dressed - Check out everything from Gigi Hadid’s legendary outfits to Eva Longoria’s timeless style:
Get all access to A-list events, award shows and parties - Who wore what, which awards were won, and was there any drama:
No matter if you’re into Taylor Swift or Justin Bieber, we’ve got some of the best live performances right here:
Keep up with the Kardashians - get the latest on Kim & Kanye, and the rest of the hottest celebrity family around:
CONNECT WITH
Web:
Twitter:
Facebook:
Instagram:
Google+:
ABOUT PEOPLE
PEOPLE is the #1 online news source all things pop culture. Get your fix of the hottest celebrity news, celebrity gossip, celebrity interviews, exclusive stories, red carpet events, style and updates from the world of entertainment, involving your favorite stars.
Prince Harry & William On Mom Diana As A Grandma, 'RHOC' Stars Talk Season 12 | People NOW | People 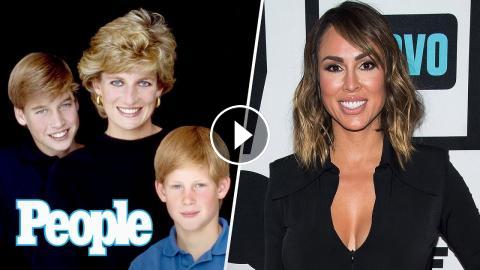 Prince Harry and Prince William open up about their late mother Princess Diana, plus Prince William reveals what he thinks she'd be like as a grandmot...